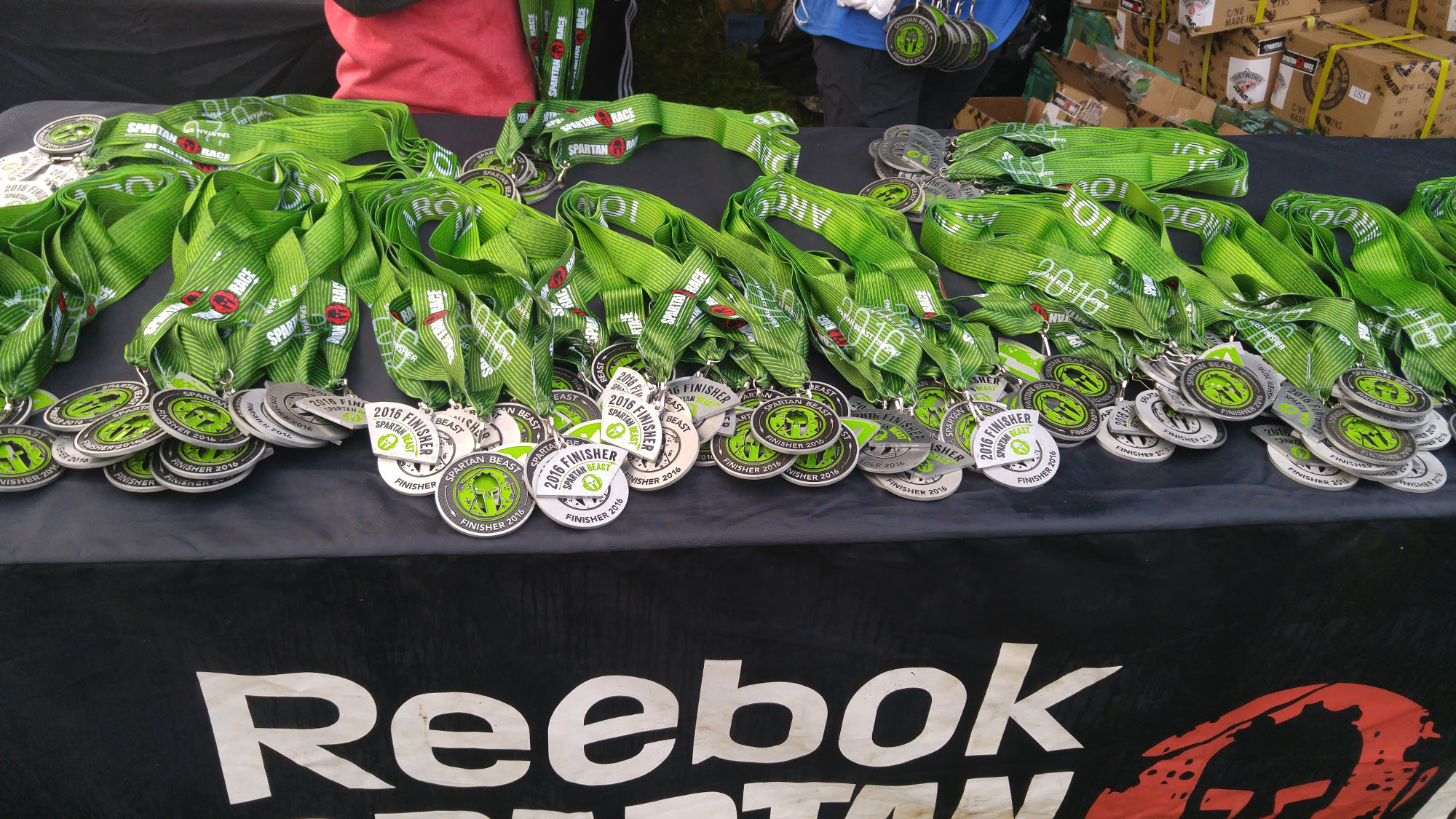 I learned that if I wanted to do a Spartan race for free, I could volunteer and get a free race entry code. There was a bundle weekend in Seattle, WA Oct 22/23. The Beast (about 21 km) was on the Saturday, and the Sprint (about 6.5 km) was on the Sunday. So, one could volunteer on one day and race the other day. Knowing that I wanted to do the Sprint, I volunteered at the beast. 8 hours = free race entry.

The day I had planned to leave Vancouver (Friday late afternoon) was going terribly. I had booked a car rental which I could not redeem because I could not leave behind a credit card for deposit and they refused to accept my prepaid Visa which had more than enough funds for the security deposit. I published a sob filled story to my Facebook timeline, and was called almost immediately by my former partner and one of my friends. My former partner spent an hour on the phone with me trying to strategize ways to fix my problem.

I went for dinner with my mom, and started to receive some text messages from my friend. She wanted to help me and was trying to hatch a plan to get me to the race – in the end, she decided it was easier to lend me her car for the weekend. What an angel she was to shine some light on my shit stack of a week.

I left Vancouver at 5am on Saturday to drive to Snohomish, WA to make it there for my shift at 8am. I was volunteering the full day, so that I could get free race entry for Sunday and a free hoodie. My first position was tending to the bananas at the finish line for the Beast race on Saturday (Beast = 21 km, 30 obstacles). This was actually neat as I got a chance to watch all the elite competitors finish and congratulate people crossing the line. I got a chance to hand my coach from Vancity OCR a banana. Watching the elite athletes finishing was inspiring!

About 4 hours into my shift, one of the volunteer coordinators said they needed a “full day” person to work at the beer tent. I immediately said ME ME ME!! as selling beer to people sounded the most fun ever. And it was! The people I was working with were way awesome and it was busy up until about an hour before my shift was done.

I drove over to a Seattle friend’s place to catch up and sleep and she made us breakfast.

Sunday morning, I headed back to the race site and started to get ready for my race, check in, check my bag, etc. I was feeling pretty pumped! I had naively thought that my race time would be the same as the Rugged Maniac I did back in August (also a 5K), not realizing that Spartan was 10x more difficult.

I was not off to a good start. The race was structured with a ton of mud running through trails, and I had inst ant remorse that I had worn road runners. Despite having done the Rugged Maniac before (a different mud run), I hadn’t clued in that I needed trail runners. So I spent most of the race slipping and sliding and getting really really mad. It felt like it took forever to finally reach the obstacles. There was a non-mud section that had the majority of the obstacles, at which point, I was already tired and thinking “fuck this”.

In Spartan races, if you fail an obstacle, your punishment is 30 burpees. I did 5 or 6 repeats of these burpees. I understood why some competitors were wearing rubber coated gloves; because the surfaces all varied, from rocks, to mud, to grass, to sand (the sand was the nicest). I had just failed an obstacle (one of these climbing walls with wooden blocks on them) and three guys emerged after me and starting doing burpees. They all exclaim “great, 10 each!” They all did 10 burpees each and ran off. I started yelling at them “WHAT THE FUCK? You only did 10!” to which they responded “We are on a team, teams can split the burpees!” at which point I fail the next obstacle (the spear throw) and I start crying. Another guy sees me and my shirt and says “Hey! You train with Allison and John?” I said “Yeah, how did you know?” he says “your shirt!” and then he asks “Is this your first Spartan?” “Yeah” “And you drove from VANCOUVER to do it ALONE?!” “Yeah.” So he rounds up his 2 teammates to do burpees with me. I was so thankful for being saved and thanked them, and kept on going. I saw them a few more times throughout the race.

I reached another obstacle that involved scaling a 6-foot wall. I get there and there’s a team of another 3 guys and one of them is straddling the wall, waiting for his teammates. I look at the wall and say “nope” and proceed to do the walk of shame to do more burpees. The guy on top of the wall asks me “Do you want help?” I say “No” because I’m embarrassed that I need help. His teammates all help me; one guy folds his hands for me to step in, and then I push myself over so I’m straddling the top, and then the other 2 guys come around the other side and one bends over like a table, and says “You can step on me!” I ask “Are you sure?!” He says “Yeah!” Then the other guy stretches out his hand in case I needed steadying getting off his friend’s back (by the way, one of these guys lost his shoe in the first mud hill and did the whole race wearing one shoe!). At which point, I start crying again. No no, I was blubbering this time. I was so exhausted and frustrated that it was far more challenging than I had anticipated.

At this point, there were about 6 more obstacles to go; they were all ones I could do, but I still stuck near to these guys anyway. We all crossed the finish line together. I am aware that them helping me is what the obstacle course race spirit is all about, but because my ego had been shattered, I felt really insecure and ashamed that I needed so much help. I was completely oblivious that this race felt 10x harder than Rugged Maniac. I went into it cocky and expecting to get the sam e race time. But the mud wore me down. Rugged Maniac wasn’t even that muddy! It was more like, many many giant water-filled trenches you had to wade through.

I did well with a lot of the obstacles I expected to (ones which involved strength), like the Herc Hoist, the Atlas Carry, and the new one that involved flipping log shaped sand bags (far lighter than a giant tire!), and surprised myself nicely on some like the wall just before the fire jump (it was an angled wall with a rope you had to use to pull yourself up with), and this other sideways wall climb traverse, with these holes and red climbing holds on them, and was sad I failed the spear throw, the monkey bars, and the multirig because I can climb and hold my weight just fine, but the girth of these bars were big and I couldn’t hold on worth shit. There were some obstacles which I knew beforehand that I wouldn’t be able to do, like the rope climb and the 6ft wall (how that’s even possible, I have no idea). Watching the Spartan obstacle videos beforehand did help a bit, actually – like when I barrel rolled under the barbed wire! Like being a kid, again!!

I will do it again next yea r, somewhere. I will change my training plan considerably. I actually quite liked the weather, I was never cold, even at the end of the race. I was just so upset that I was dumb and didn’t have trail runners!! The mud running was so exhausting that by the time I reached an obstacle, I was exhausted. I was happy to discover that I did not finish dead last either, which was nice, given I have finished last before a couple of times in other races/competitions (a 20km cross-country ski race back in 2009, and Femsport 2016).